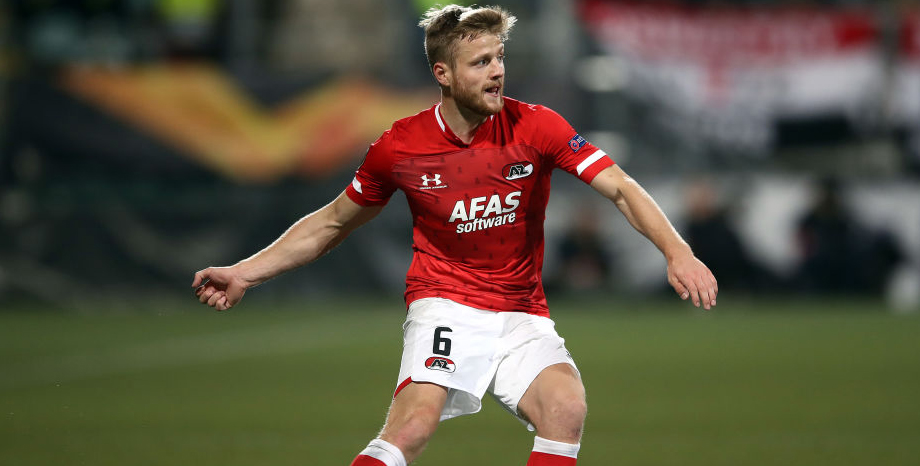 AZ Alkmaar played in a really positive manner during their Europa League group and are fancied to get the better of LASK Linz in Holland.

The visitors may be slightly flattered by winning a pool featuring Sporting Lisbon and PSV, as both of those teams have been a touch out of sorts this season.

On an artificial pitch which is tricky to adapt to, we’re sticking with a home victory at Evens for our initial AZ Alkmaar vs LASK Linz prediction.

AZ were the joint-top scorers during the group stage when finishing second behind Manchester United in their section.

Thrashing Astana 6-0 and 5-0 may have bolstered their tally, but a couple of 2-2 draws with Partizan Belgrade also highlighted how good they are going forward.

United were happy to settle for a point at AZ Stadion, when the hosts had the better chances in a goalless draw.

A 4-0 defeat at Old Trafford may have exposed Alkmaar’s limitations, but they were already assured of advancing at that point.

Arne Slot’s side are giving Ajax plenty to think about in the Eredivisie title race and have produced some superb results in that competition, winning 3-0 at Feyenoord and 4-0 at PSV.

Leading scorers Myron Boadu and Oussama Idrissi have been attracting attention from some big clubs, along with winger Calvin Stengs and holding midfielder Teun Koopmeiners.

Keeping hold of all those hot prospects during the January transfer window showed ambition and they could cause a stir in the knockout stages.

Looking at the AZ Alkmaar vs LASK Linz odds, we reckon 19/10 for a home win and over 2.5 goals is another attractive option.

LASK are also involved in a domestic title challenge, leapfrogging RB Salzburg at the top of the table in Austria’s top flight after beating them 3-2 away on Friday.

Valerien Ismael will have been pleased with how they progressed from Group D as pool winners, with a closing 3-0 home win over Sporting pushing them a point above the Portuguese outfit.

There were also triumphs in Austria over Rosenborg and PSV, plus a 2-1 success in Norway.

However, we’re just a little concerned by LASK’s other two away games during that campaign.

They had to withstand constant pressure when drawing 0-0 in Eindhoven and tasted defeat in Lisbon.

Head coach Ismael said of this tie on the UEFA website: “I think it’s 50-50. We showed against PSV that we can keep up and even excel when it counts. That will be the goal.

“AZ are very attacking and they have a lot of quality. I see two teams with a similar style of play, who have deservedly qualified for the next round.”

Thomas Goiginger is a likeable forward, but we don’t see anywhere near the same calibre of players in this squad.

Let’s finish off our AZ Alkmaar vs LASK Linz betting tips by taking 5/2 for the hosts to win by more than one goal.