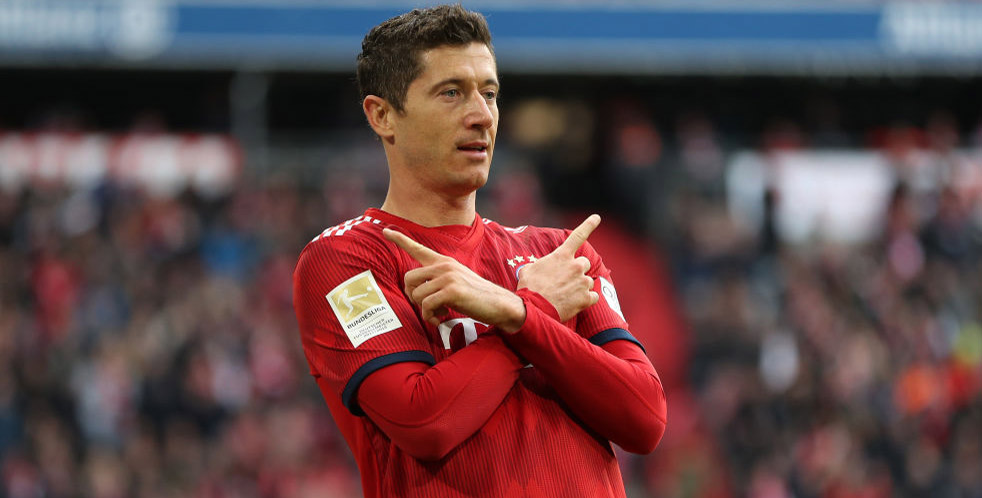 Bayern Munich will be crowned Bundesliga champions for the seventh straight season if beating Eintracht Frankfurt on home turf and the title looks there for the taking.

The visitors must go all out for victory if they are to sneak into the top four and qualify for the Champions League.

However, they have already lost twice to FC Hollywood this term, conceding eight goals in the process, and appear burnt out after their Europa League exploits.

Adi Hutter’s entertaining team will give it a go, but 19/20 for a home win and both teams to score is our opening Bayern Munich vs Eintracht Frankfurt prediction.

Remarkably, Bayern have never clinched a Bundesliga triumph in front of their own fans at Allianz Arena since the stadium opened in 2005, with a series of away results proving decisive.

This is a golden opportunity to rectify that, especially as Niko Kovac’s men almost certainly need just a draw or better, with Borussia Dortmund being two points and 17 goals behind them.

However, everything is set up for them to do it in style, as they chase an 11th straight Bundesliga victory at this venue.

Bayern have scored 33 goals in their previous 10 league wins here, most recently brushing aside Hannover 3-1.

Looking at the Bayern Munich vs Eintracht Frankfurt odds, we reckon 9/1 for a repeat of that scoreline is fair value.

Frankfurt won many new friends this season during a wonderful run to the Europa League semi-finals, beating Shakhtar Donetsk, Inter Milan and Benfica in the knockout rounds.

They were then only edged out on penalties by Chelsea after a couple of 1-1 draws, with star striker Luka Jovic netting in both legs.

The 21-year-old Serbia international is set to be courted by some major clubs this summer after bagging 10 goals in that competition and 17 more in Germany’s top flight.

Eintracht have paid the price for those European exertions, though, going five domestic matches without a win whilst their thoughts were distracted elsewhere.

Getting Sebastien Haller back to full fitness after an abdominal strain will be a boost here, as the powerful Frenchman is the perfect foil for Jovic up front.

However, Frankfurt still look fragile in defence at the moment and Bayern are well equipped to exploit any weaknesses in that department.

Robert Lewandowski will be a popular pick for goalscorer bets after closing in on another Bundesliga Golden Boot with 22 strikes this term.

He also hit a hat-trick against this weekend’s opponents in the German Super Cup at the start of the season.

Let’s finish off our Bayern Munich vs Eintracht Frankfurt betting tips by taking 20/1 for Lewandowski to break the deadlock in a 3-1 home win.