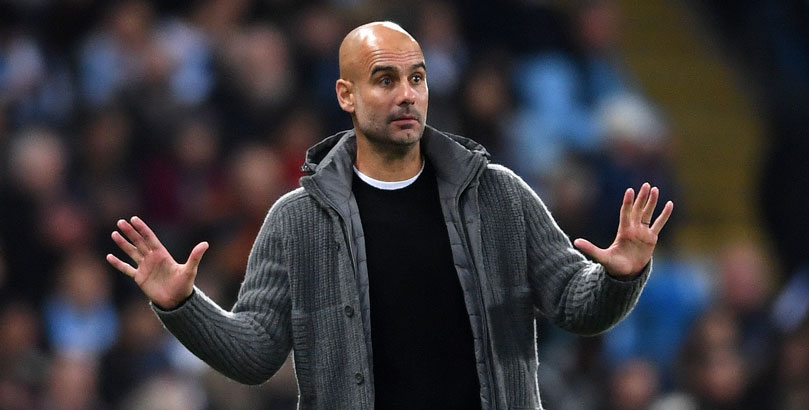 While the league table is ultimately all that matters at the end of the season, it only reflects the state of play after all 90 minutes have elapsed in each match.

To see if it was selling some teams short – or perhaps flattering others – we’ve studied the different game states by adding up how much time each club has spent winning, drawing and losing in league matches this season.

We’ve also done the same for individual players to identify who has been each club’s lucky charm this season, and looked at how much goals scored in the last minute of each match affect the final outcome.

How much time have clubs spent winning … and losing?

It will come as no surprise that Manchester City have spent far more of their time in a winning position than any other club in the Premier League or EFL this season. Pep Guardiola’s team are the only side to have clocked up more than half of their playing minutes protecting a lead and just 5.5% of them trailing. While title rivals Liverpool haven’t led for anywhere near as long, they’ve spent even fewer minutes losing than City: just 5.1% of the time they’ve spent on the pitch.

Sorting every team by the difference in the share of time they’ve spent winning versus losing reveals an interesting clue in the story of Claude Puel’s recent sacking from Leicester. The Foxes have spent more than twice as long in a losing position than a winning one this season, which is a worse balance than every club outside the relegation zone.

Which players have been good and bad luck charms?

Swiss defender Fabian Schar has enjoyed an excellent debut season at Newcastle, establishing himself as a regular component of the Magpies defence while his efforts at the other end have culminated in winning the February goal of the month. He is also the Premier League player whose team benefit the most from his presence: Rafael Benitez’s side spend 23.4% of their time in a winning position without him on the pitch, compared to 36.2% of the minutes he’s played.

The EFL boasts several players who have made an even larger positive difference to their club’s fortunes. Chief among them is Tareiq Holmes-Dennis of Bristol Rovers, who has seen his side lead for 43.4% of the minutes he’s played in League 1 this season but just 23.8% of those when he’s been a spectator. In the Championship we find the player who has been the most potent bad luck charm this season: Nottingham Forest’s veteran striker Daryl Murphy has seen his team-mates’ share of time spent winning virtually halve when he is playing alongside them.

How much have last minute-goals changed things?

Looking back over the last five seasons, London clubs have been the most affected by late goals in the Premier League. If we were to remove every goal scored in the 90th minute or later since the start of 2014/15 then Tottenham and Fulham would each have won 11 fewer points, while West Ham would be 12 points better off. However, English football’s late-goal specialists hail from League 1: Wycombe have made a net gain of 19 points thanks to last-minute goals in the last five seasons.

Which players specialise in last-minute goals?

If Ole Gunnar Solskjaer wants his Manchester United team to emulate his celebrated knack of popping up with late goals then he needs to nurse Alexis Sanchez back into the side. No current Premier League player has scored 90th-minute goals more frequently than the Chile international, who has eight last-gasp strikes in the last five seasons.

In the EFL, Derby’s Jack Marriott could prove a precious source of late goals for Solskjaer’s former Premier League contemporary Frank Lampard. The former Chelsea and England midfielder has struggled to keep the Rams in the promotion race at times this season, so introducing Marriott – who has netted 10 last-minute goals in the last five seasons – as a second half substitute could be a valuable innovation.