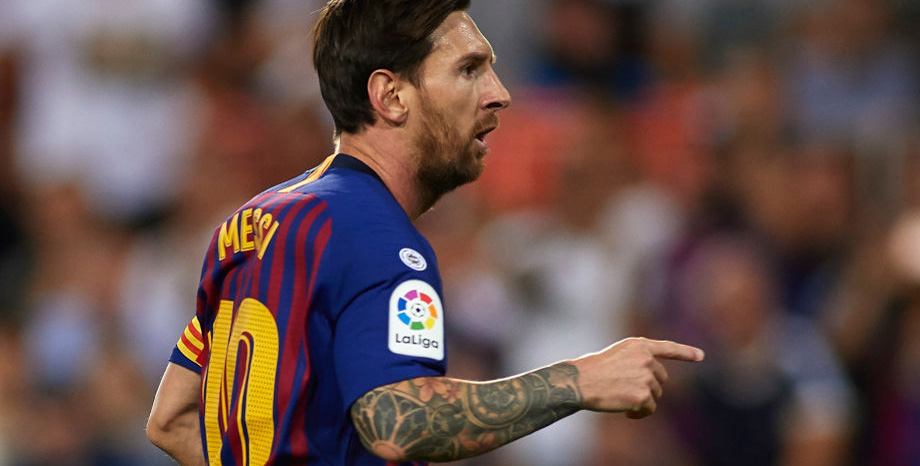 What Trueform says for Barcelona vs Lyon

Barcelona were wasteful in a goalless draw at Lyon but are expected to get it right on home turf in the second leg of this Champions League tie.

The Catalan giants enjoyed 63 per cent of the possession in France, firing in 25 shots, and should capitalise on a similar dominance at Camp Nou.

We’re snapping up 23/20 for Ernesto Valverde’s side to win to nil as our initial Barcelona vs Lyon prediction.

A Look At Barcelona’s Betting Odds

Lionel Messi alone had nine attempts on goal at Parc OL, four more than the entire Lyon team, but he, Luis Suarez and Phillipe Coutinho were all denied by Anthony Lopes.

This match followed on from a frustrating domestic run for Barca, who had drawn three of their previous four games, scoring just four goals in those fixtures, including two penalties.

Valverde was content with the overall display, though, commenting: “It was a game that we knew was going to be tough.

“They’ve got some great players, especially on the counter-attack. They can hurt you a lot and what we wanted to do was dominate the game.

“We didn’t really want to give them too many chances and I think we did that well.

“At the start of the game, they had a couple of dangerous opportunities, but I think we controlled the situation well after that.”

The feeling is that Barca have too many attacking weapons to be kept quiet again, with Gerard Pique adding: “We’ve got great strikers, who have shown that throughout their careers.”

Barca have since enjoyed four morale-boosting domestic triumphs, including La Liga and Copa del Rey victories over Real Madrid, both to nil at the Bernabeu.

Messi and Suarez netted eight of the 11 goals scored in the quartet of wins, with Sevilla and Rayo Vallecano brushed aside in Spain’s top flight.

PSV were thrashed 4-0 here during the group stage and Inter were beaten 2-0, before Spurs sneaked a 1-1 draw when the hosts had nothing at stake.

Looking at the Barcelona vs Lyon odds, we like 7/1 for another 2-0 triumph on this occasion.

A Look At Lyon’s Betting Odds

Lyon will feel they are very much still in this tie, though, and with justification judged on their pool-stage exploits.

Les Gones kicked off that campaign with a surprise 2-1 success at Manchester City, before drawing 3-3 away to Hoffenheim and 1-1 at Shakhtar.

Defender Jason Denayer said: “It felt good for us to keep the clean sheet, because it’s very important against a team like this, so I think that is a positive point from this game.

“I think we did well in defence and had a few chances to score. We didn’t take them but it’s positive to know we can create them.”

Martin Terrier struck a superb long-range effort which Marc-Andre ter Stegen did well to tip onto the bar, while Houssem Aouar and Memphis Depay had other opportunities.

Getting captain and top scorer Nabil Fekir back from suspension will be another boost, but this is still a big ask for a team well adrift of PSG in the Ligue 1 title race.

Since facing Barca, they have picked up just one point from two Ligue 1 games on the road, losing 2-0 at Monaco and drawing 2-2 at Strasbourg.

Let’s add 27/10 for the hosts to lead 1-0 at half-time to our Barcelona vs Lyon betting tips – and then hope they double that advantage after the break.