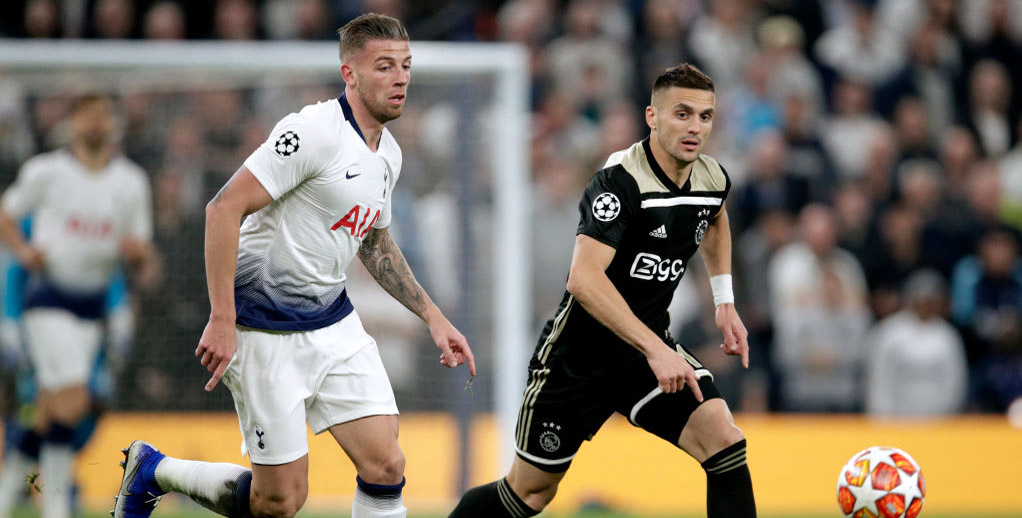 Ajax taught Tottenham a footballing lesson in the first half of their Champions League clash in London and are hard to oppose in the second leg.

Donny Van De Beek’s cool finish has put the Dutch outfit firmly in the driving seat in this tie and they are fancied to finish the job off on home turf.

We’re snapping up 11/10 for Erik Ten Hag’s side to do the double over Spurs in our opening Ajax vs Tottenham prediction.

Having already knocked out Real Madrid and Juventus, Ajax’s bold, young team started out in a fearless manner when facing Spurs away.

David Neres could have all-but put the tie to bed when he hit the post late on, but it is still tough to see a way back for Spurs.

Ten Hag said: “I think it was an amazing evening, an amazing result, of course.

“I think in the beginning, Ajax was very strong. We were immediately full into the game.

“I think in the first phase of the match, we were completely dominating the game, we made a fantastic goal as well.”

If they hit the ground running in a similar fashion in Amsterdam, 23/10 for the hosts to lead at half-time and full-time again stands out from the Ajax vs Tottenham odds.

Spurs did improve after Moussa Sissoko’s introduction for the injured Jan Vertonghen gave them more athleticism and energy in the engine room.

Mauricio Pochettino is adamant this tie is far from over, stating: “I think it is still open…the second half gives us hope for the second leg in Amsterdam.

“Now it is about going there to win the game. We need one result – that is to win. We want to be in the final.”

However, injuries to Harry Kane, Harry Winks, Erik Lamela and Serge Aurier have robbed Tottenham of much-needed drive and that was apparent in London.

It is also impossible to ignore their miserable away record since the turn of the year, with nine defeats suffered on the road in all competitions after Saturday’s Premier League loss at Bournemouth.

Spurs will give it a go and Hugo Lloris stated: “We want to give our best, finish the game on our knees, give the maximum and have no regrets and see what happens.

“It’s important to keep the belief, because everything is possible. We are still alive in this competition.”

But that should just leave them open at the back and we like 33/4 for a 2-1 home victory to complete our Ajax vs Tottenham betting tips.

Vertonghen will be fit to play after recovering from a head injury, while Son Heung-min is available following his suspension for last week’s first leg, but Davinson Sanchez (thigh) is out.