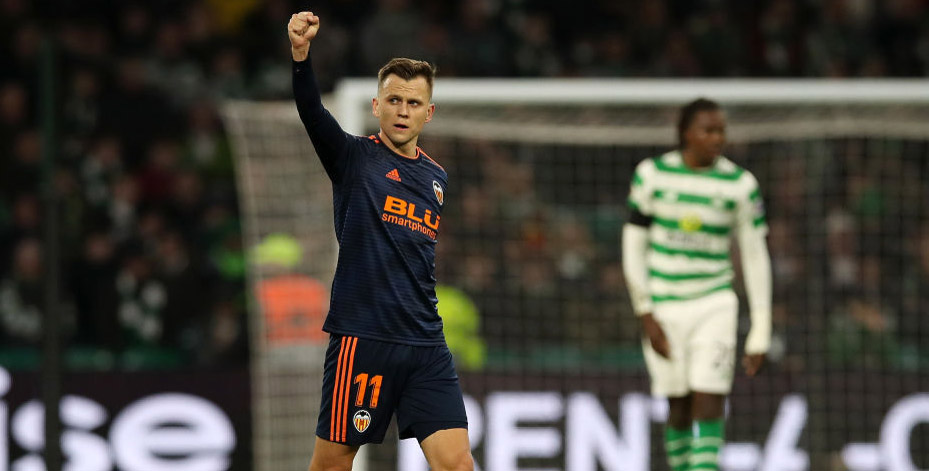 Valencia left it late to put one foot in the Europa League semi-finals with a 3-1 victory at Villarreal but are expected to confirm that superiority in another open encounter.

Goals from Goncalo Guedes and Daniel Wass in added time put Marcelino’s side in control of the all-La Liga tie.

And with the pressure off, another win for Los Che with both teams to score at 5/2 is our first Valencia vs Villarreal prediction.

A Look At Valencia’s Betting Odds

Valencia would perhaps have taken a 1-1 draw at El Madrigal, having got the away goal early, but their added-time heroics have given them a two-goal cushion that they should not relinquish on home soil.

Guedes grabbed the opener in the sixth minute, turning in the rebound after Dani Parejo’s penalty was saved, but Santi Cazorla levelled from the spot during a pulsating first half.

The Yellow Submarine had chances to go ahead, yet they were punished as Guedes and Wass struck at the death.

Marcelino confirmed he will make changes to his side given their gruelling season so far and insists Valencia cannot take victory for granted.

However, the hosts, who are sixth in La Liga and have lost just once in their last 20 games in all competitions, also beat Villarreal 3-0 in Spain’s top flight in January.

The manager said: “Winning gives us confidence and winning increases your expectations regarding everything.”

A Look At Villarreal’s Betting Odds

Last week was not the first time Villarreal have conceded two late goals, having also done so in the 4-4 draw with Barcelona less than two weeks earlier.

Cazorla missed a penalty in the 2-1 defeat to Real Betis recently and having failed to take their chances against Valencia, Javier Calleja’s side’s luck seems to be out.

Villarreal will take comfort from the fact they have won on three of their previous four trips to Valencia and have netted in their last four away matches.

Former Leicester midfielder Vicente Iborra says his side will come out fighting, telling the club website: “This team will show its face.

“Every single one of the players is committed, they always want to play and give everything for the team.”

However, the visitors sit 15th in La Liga, just two points above the relegation zone, and are without banned defender Alvaro Gonzalez, while Daniele Bonera was injured at the weekend.

Over 2.5 goals in the match at 17/20 looks a good shout to complete our Valencia vs Villarreal betting tips.