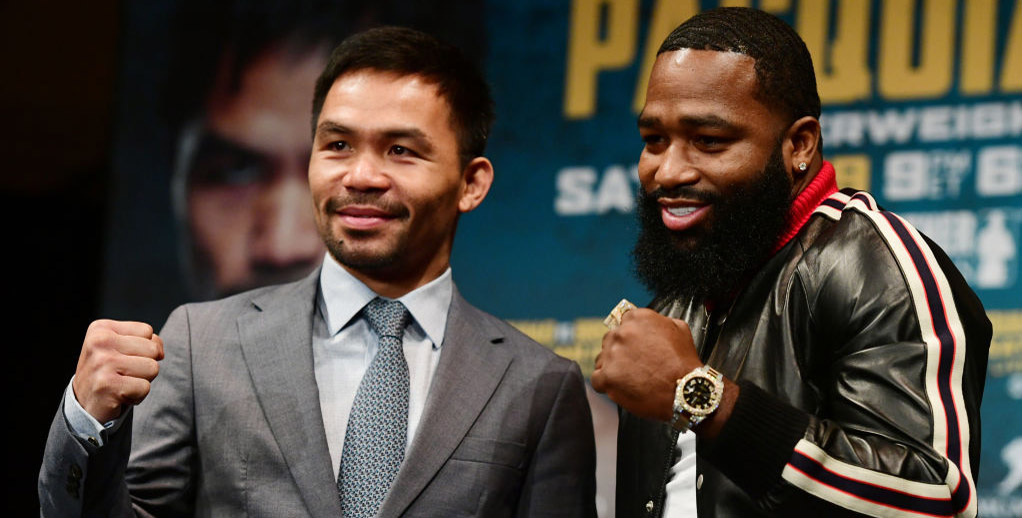 Adrien Broner is nicknamed ‘The Problem’ and is rated a value bet to prove just that for Manny Pacquiao when they meet in Las Vegas for the WBA welterweight title.

The American held this belt for six months back in 2013 and has every chance of getting it back if fully focused on the task in hand.

Punters can get 12/5 for the challenger to upset Pac Man and that is tempting enough to get the nod as our main Pacquiao vs Broner prediction.

Broner looked set for big things when improving his record to 27-0 by beating Paul Malignaggi on points to claim this title, having previously been a world champion at two lighter weights.

However, the 29-year-old may just have believed his own hype too much before being emphatically outscored by Marcos Maidana in his first defence.

Since then, despite adding a light-welterweight title to his CV, Broner has been labelled the great under-achiever of American boxing, losing twice more against Shawn Porter and Mikey Garcia, as well as drawing his last bout with Jessie Vargas in April.

This represents possibly his last chance to get back to elite level and fulfil his undoubtedly huge potential, though, so we’re hoping he gets down to business and comes out all guns blazing.

Broner certainly doesn’t lack self-confidence, stating: “This is my first pay-per-view (in the USA) but I was always supposed to be here.

“God doesn’t make mistakes. After this victory, I will be taking over the sport of boxing.

“This win makes me an icon. It makes me what I always wanted to be, and what everybody always thought I would be. A win here and I’m a legend overnight.”

Pacquiao, of course, is already a legend, being the only eight-division world champion in history and ranked among the best pound-for-pound fighters of all time.

However, the 40-year-old has clearly seen better days and just four of his 69 bouts have come since a crushing loss to Floyd Mayweather in May 2015.

Pac Man picked up the WBA welterweight crown with a seventh-round defeat of Lucas Martin Matthysse last July in Kuala Lumpur, but was beaten by underdog Jeff Horn in Brisbane in his sole bout of 2017.

Nobody could ever question Pacquiao’s professionalism or his heart, but the ravages of time must take a toll on even the greatest of champions.

Broner is naturally bigger, has a reach advantage and boasts the skills to capitalise if he arrives in the ring ready to give his best.

Trainer Ken Cunningham declared: “I’ve never seen Adrien this focused and I’ve been around him for years. He came to camp with a look on his face like this is the one he’s got to have.”

Broner has delivered Showtime’s best viewership figures in recent years and is still seen as a box office draw, so don’t be worried about whether he has just been brought out to make up the numbers.

Our pick has the talent to prevail here and just needs to put it all in for the most important night of his career.

The champion has only been stopped once in his last 41 fights, though, so a price boost of 7/1 for him to lose on points is added to our Pacquiao vs Broner betting tips.