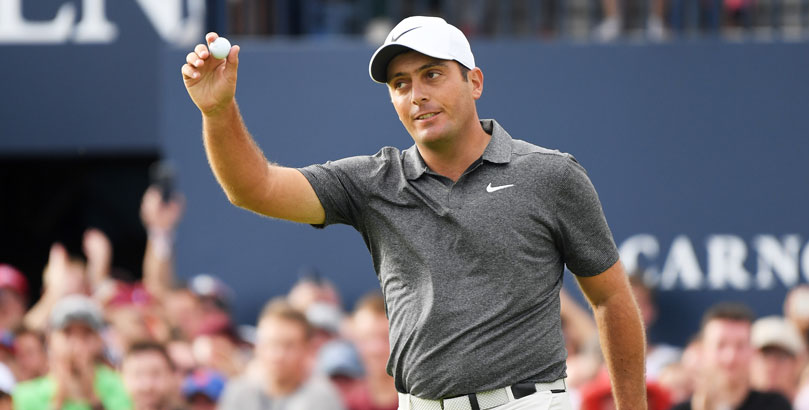 The big guns are out in force on the PGA Tour this week for the prestigious Players Championship, with the world’s top 50 all in the field for the so-called “fifth major”, Phil Casey writes.

That is reflected in the betting market with Dustin Johnson and Rory McIlroy the joint favourites at 12/1, while Justin Thomas, Brooks Koepka, Francesco Molinari and Justin Rose are not far behind and Tiger Woods is available at 25/1 after his recent injury scare.

But when we consider the fact that Si Woo Kim took the title in 2017 and Webb Simpson cruised to a four-shot victory 12 months ago, it is worth looking closely at the case for the favourites before simply backing the big names.

For example, world number one Johnson has not recorded a top-10 finish in his 10 starts in the event, while McIlroy counts four top-12 finishes and four missed cuts in nine appearances.

Rickie Fowler’s course form reads a curious MC-MC-2-MC-MC-1-MC-60-MC, Woods has as many withdrawals recently as victories (two) and no player has ever managed to defend the title, which all adds up to a tricky event to assess.

However, two players near the top of the market do offer decent odds to maintain their good recent form, namely three-time major winner Koepka and Arnold Palmer Invitational champion Molinari.

Koepka has proved he has the game for the big occasion with back-to-back US Open titles and by holding off Woods to win the US PGA last year, while he has slowly got to grips with Sawgrass on his four starts to date.

After missing the cut on his debut in 2015, Koepka has finished 35th, 16th and 11th, with last year’s effort including a course record-equalling 63 in the final round.

Having narrowly missed out on a play-off for the Honda Classic a fortnight ago, last week’s missed cut at Bay Hill was something of a surprise, but that can be overlooked and Koepka is recommended each-way at 20/1.

Molinari is available at the same price after a brilliant closing 64 gave him victory on Sunday and the Italian has proved he can maintain his form when he finds it.

That was evident last summer when he recorded two second places and three wins, including the Open at Carnoustie, in the space of six events and Molinari had recorded three straight top-seven finishes at Sawgrass before last year’s missed cut.

Despite the rough reportedly being lighter than usual following the switch from May to March, Molinari’s metronomic driving will still be an asset and he is also worth supporting each-way.

And finally, former champion Henrik Stenson could reward a small each-way interest at 50/1 after recovering from an opening 77 at Bay Hill to finish in tie for 17th.

Stay close to the action with the bwin app. Access more markets than any other betting provider and scan our in-depth golf statistics menu to find and make your bet selections fast. Download now the best betting app.

Game states: How important is timing in football?
Barcelona vs Lyon: Catalan giants to be clinical at home
Author