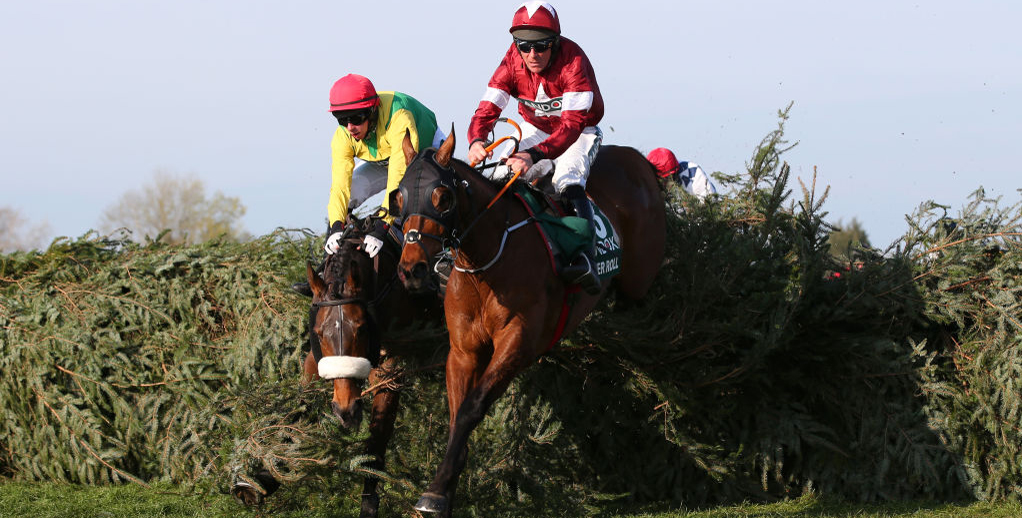 Tiger Roll’s historic hat-trick bid will hog the headlines ahead of this year’s Aintree spectacular, but we’re going for a bit of value with our Grand National 2020 tips.

Gordon Elliott’s charge is a firm favourite to become only the second triple winner after Red Rum – and the first to prevail for three straight years.

However, an 11lb rise up the ratings and a relatively short price have persuaded us to search for some alternative ante-post wagers from the Grand National 2020 odds.

Showed he can handle these unique fences when staying on to finish second of 18 behind Walk In The Mill in December’s Becher Chase.

Stepped up again on that encouraging effort with a career-best display when winning a valuable handicap at Warwick by 10 lengths, so he is definitely on an upward curve.

Trainer Tom Lacey said of the JP McManus-owned eight-year-old: “He’s in great order – he’s certainly a much stronger horse than he’s ever been.

“He’s really come to himself this year. I thought he was very impressive in the Classic Chase, the way he galloped to the line.

“He’ll go straight to Aintree. All his best runs have been when he’s been fresh. He’s full of confidence, so we’ll look forward to it.

“If we get a wet spring, I don’t see any reason why he won’t go there as a live contender. We’re only a small yard, so it would be a fantastic story.”

Champion trainer Paul Nicholls knows what it takes to win this race, having struck with Neptune Collonges in 2012, and he believes this is another strong contender.

Yala Enki has performed with credit at the Cheltenham Festival in the past, including when seventh in last season’s Gold Cup.

The 10-year-old has been freshened up by having Bryony Frost on board this term, finishing third in the Welsh National and then securing a 10th career success at Taunton.

“He’s got a similar profile to Neptune Collonges and will be ridden by Bryony again, I expect, so it’s a good story,” said Nicholls.

Last year’s runner-up Magic Of Light is Jessica Harrington’s leading contender, but this nine-year-old could prove a nice back-up at a big price.

Jett, who is related to a number of good jumpers, notably former Champion Hurdle hero Jezki, was a bit of a slow burner but is now starting to uphold family honour.

He claimed a useful scalp in Alpha Des Obeaux at Punchestown in October and has since been far from disgraced behind the likes of Douvan and Delta Work.

Harrington said: “I think he’ll love those fences and he’s got plenty of tactical speed. He’s run really well the last twice and they were in Grade One races.

“He’s really stepped up to the mark since he’s gone over three miles and I’m really happy with him.”