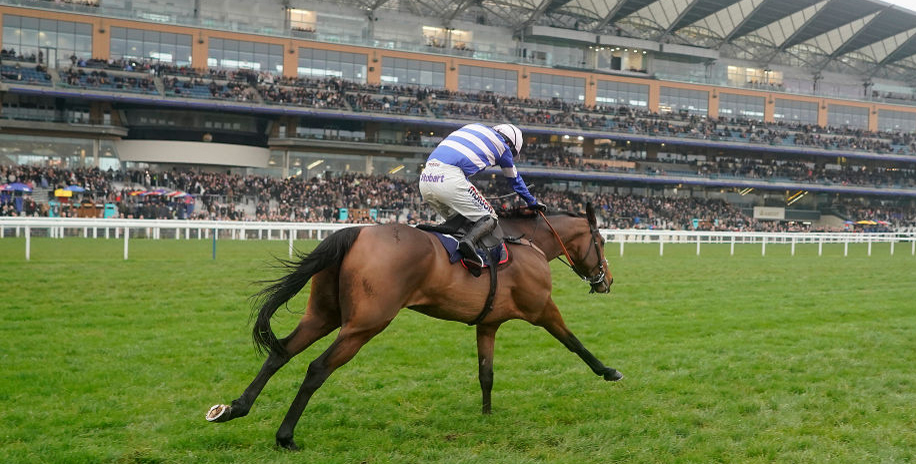 We’ve got a magnificent seven selections for our latest ITV racing tips, with Ascot, Haydock and Wincanton set to be featured on the box – if Storm Dennis allows.

Cheltenham Festival and Grand National clues will be available and we’ve got expert picks from PA’s David Clough for armchair punters to consider.

Colin Tizzard’s lightly-raced six-year-old always looked a future chaser and has taken well to this game with handicap wins at Wincanton and Newbury.

The Grade Two Reynoldstown Novices’ Chase represents a step up in class, but Copperhead has been visually impressive in those victories.

Looked badly in need of the outing when jumping poorly at Cheltenham on his belated seasonal debut on New Year’s Day but can hopefully now recapture the sparkle of last April’s excellent second to Champ in a Grade One Aintree novice hurdle.

Completed a quick hat-trick when staying on well to score by a neck at this course last month and should appreciate an additional two furlongs.

Tom Symonds’ progressive handicapper has an opportunity to upset a couple of shorter-priced rivals in the Grade Two Kingwell Hurdle.

Looked a smart prospect when following up a point-to-point success with two nice bumper wins and showed the benefit of a wind operation when opening his account over hurdles at the third attempt at Chepstow recently.

Just shaded a highly-rated opponent in 12-length Kelso scorer Mario De Pail at the Welsh track and everything suggests there is more to come.

The seven-year-old was remarkably without success in his first 23 attempts in Britain and France, yet has made up for lost time by winning his last three.

Lord Du Mesnil is therefore playing a starring role in Richard Hobson’s outstanding season and he will give his Cotswolds trainer a happy headache if he makes it four out of four since the end of November.

This Grand National Trial is undoubtedly by far his toughest task to date, but the manner of his last two victories at this course have put him very definitely in top staying company.

They also resulted this week in a Grand National entry and, although Hobson has gone on record that he will prefer to wait until next year for that assignment, he may have to re-visit the topic soon.

Lord Du Mesnil has incurred a 25lb rise in the ratings this season, but the manner of his front-running displays suggests there could be plenty more to come.

It is impossible to oppose the claims of Paul Nicholls’ star as he bids to retain the Grade One Ascot Chase over his favourite course and distance.

Cyrname had 17 lengths to spare over the useful Waiting Patiently 12 months ago and accounted for the mighty Altior here in November, before failing to stay when second in the King George.