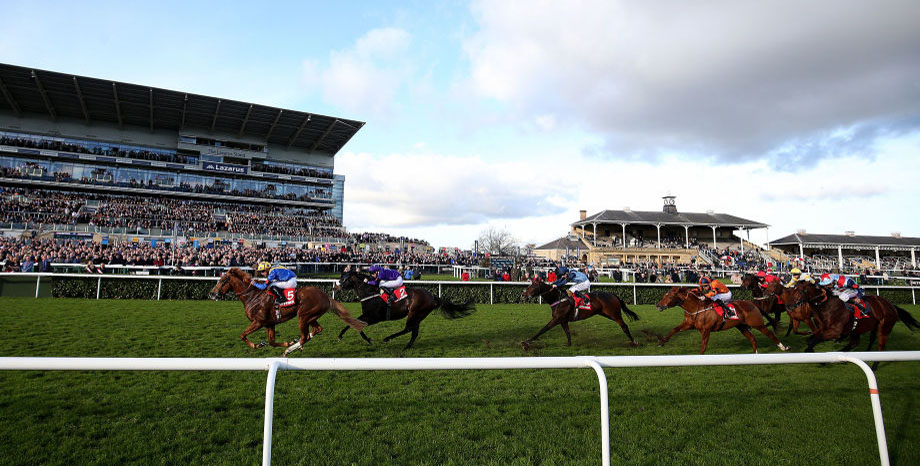 We’re hoping to bash the bookies with eight selections from Doncaster, Chester and Leopardstown for our latest ITV racing tips.

The St Leger is the showpiece event at Town Moor in England, while there are two Group 1 contests being shown from the Irish Champions Weekend.

Looks a good bet to maintain his unbeaten record in the Group 2 Champagne Stakes. Richard Hannon’s youngster made a winning debut over this course and distance and confirmed that promise with a smooth verdict over Cobh in a Listed race at Ascot. The runner-up has franked the form with a subsequent success.

Sir Michael Stoute’s lightly-raced four-year-old is twice a winner on the sand at Kempton and Newcastle and can now claim a first triumph on turf after a solid effort when third to our St Leger pick Hukum last time out.

Charlie Hills’ sprinter lifted this prize in 2018 and found only Oxted too good 12 months ago, when unfortunate to come up against a horse who has since gone on to Group 1 glory in the July Cup this summer.

The seven-year-old has been raced sparingly since returning from a spell in Dubai during the winter, but he showed definite signs of approaching peak form when third to Only Spoofing at Glorious Goodwood.

David Simcock’s gelding was only beaten a short-head when runner-up for the second consecutive start at Newcastle and is backed to now secure a deserved success in our ITV racing tips.

The three-year-old was far from disgraced when fifth behind Pinatubo in the Prix Jean Prat and can make a winning return to Doncaster in the Group 2 Park Stakes.

Roger Varian’s smart colt beat Wichita in the Listed Flying Scotsman Stakes at this meeting last year and won the Jersey Stakes at Royal Ascot on his seasonal reappearance.

Things haven’t gone to plan for the Zoffany filly this year and she has twice let down favourite backers at the Curragh. However, memories of last October’s superb Prix Marcel Boussac success at Longchamp remain and Albigna is backed to bag her second Group 1 triumph in the Matron Stakes under Shane Foley.

Owen Burrows has saddled three Group winners for owner Sheikh Hamdan Al Maktoum this year and now securing a first Classic success in the St Leger would be the icing on the cake.

Hukum is testament to Burrows’ training talent, because the horse has been limited to just four career starts. He has won the last three of those, though, including both outings this season.

The son of Sea The Stars made a successful seasonal reappearance in the King George V Handicap at Royal Ascot (pictured above), his first race for 211 days, and booked his place in the Leger with a clear-cut victory in the Group 3 Geoffrey Freer Stakes at Newbury last month.

Charlie Appleby’s stable star has enjoyed a perfect season, winning the Coronation Cup, beating Enable in the Eclipse and strolling to victory in the Juddmonte International at York.

“He’s telling us that he’s ready now for another big race,” said the trainer. “He travels to Ireland at the peak of his career. I believe what we are now seeing is an outstanding racehorse at the top of his game.

“He’s going to Leopardstown in as good a condition as we have ever had him. I’m as pleased with him as I was before the Juddmonte International at York, where I thought he was very professional in the manner he went about everything.”

Aidan O’Brien fields a couple of strong challengers in Japan and Magical, but they have both been soundly beaten by Ghaiyyath over in England and the Irish Champion Stakes looks at his mercy if avoiding any travel sickness.

The Dublin track should suit his front-running style and the world’s highest-ranked turf performer can continue his winning ways.

Osaka vs Azarenka: Japanese star to repeat US Open success
Birmingham vs Brentford: Blues have done well against Bees
Author