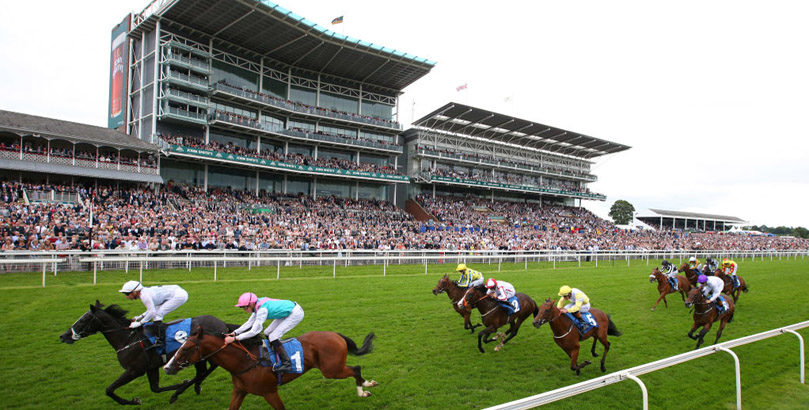 We’ve got York races tips for all seven contests on the final day of this year’s popular Dante Festival, including four events covered by ITV4.

The Group 2 Yorkshire Cup is Friday’s feature event and we’ve got expert selections throughout the card from PA Sport’s Anita Chambers.

We landed two 7/2 winners on Wednesday, including the nap Invincible Army, and had an 8/1 scorer on day two.

Made a splash on her debut at Beverley last month and could go well at a decent price for our York races tips.

While it was only a moderate event on the Westwood, Richard Fahey’s charge did not enjoy the best of runs and can be rated a shade better than the half-length verdict.

Handled by Luca Cumani during her juvenile career, she switched to John Gosden when that trainer retired and showed she had oodles of promise when beaten just a short-head by Maqsad on her first start for the team.

It was no surprise to see her canter home seven lengths clear at Nottingham on her most recent outing and a Coronation Stakes entry perhaps shows the regard in which she is held.

This Listed heat looks a nice stepping stone to better things later in the campaign.

Gosden’s charge emerged as the undisputed star of the staying division in 2018, ending the campaign unbeaten in five starts and with a £1million bonus firmly in his back pocket to boot.

An impressive three-length scorer in the Yorkshire Cup first time up, his margins of victory were not quite so impressive at Ascot and Goodwood, but he again showed a love of the Knavesmire when winning the Lonsdale Cup to secure that windfall.

Stradivarius (pictured below) was possibly just feeling the effects of those efforts when he made relatively hard work of a final win on Champions Day, but a lengthy winter break should have restored his energy levels and he can tee up another bonus bid.

May just have hit the front too soon when caught close home at Chelmsford last time out and the feeling is that this four-year-old, twice a winner on the all-weather, still has more to offer.

Gave her followers a couple of nice pay-outs when obliging at big odds at Ripon and Newcastle last season and may prove a money-spinner again this term, judged on a promising second at Doncaster when returning to action.

Owen Burrows found this son of Exceed And Excel a nice chance to break his duck at Wolverhampton and he duly obliged when hacking up by six lengths, so warrants this step back up in class with his confidence boosted.

Sir Michael Stoute’s colt galloped on resolutely to prevail at Leicester towards the end of last month and is rated one to keep on side for our York races tips now moving up in distance once more.