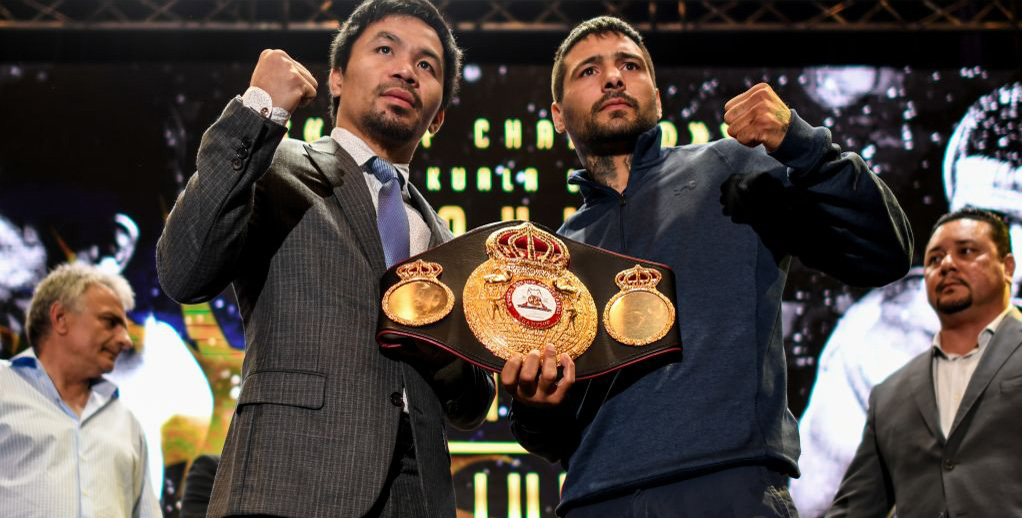 Manny Pacquiao gets back in the ring after a 12-month absence to challenge WBA welterweight champion Lucas Martin Matthysse this weekend and can claim a 12th major world title.

Pacman took plenty of time to ponder his future after being on the wrong end of a poor decision against Australian Jeff Horn in Brisbane last year.

However, the 39-year-old looks to have picked out a nice opportunity to return to winning ways and gets the nod at 1/2 in our Pacquiao vs Matthysse prediction.

Pacquiao may be better known for his political work these days, but the ring warrior should still have enough left to overcome a limited Argentinian opponent in Kuala Lumpur.

Four of those losses have come in his last seven fights, but Pacquiao did claim two decent scalps in Timothy Bradley and Jessie Vargas after going down to Floyd Mayweather in 2015.

Amir Khan has been put forward as a possible next opponent if all goes well, so the desire to deliver clearly remains strong.

Matthysse is no mug and has won 39 of his 43 bouts in the paid ranks, with 36 of those victories coming inside the distance.

However, the four defeats against Zab Judah, Devon Alexander, Danny Garcia and Viktor Postol highlight how his limitations have been exposed whenever stepping up to elite level.

The 35-year-old steps back up in class after solid stoppage wins over Emmanuel Taylor and Tewa Kiram and will hope Pacquiao is now a faded force.

If Pacquiao can steer clear of those heavy hands and last the distance, though, the feeling is that he will still have enough speed and skill to see him home.

Stay close to the action with the bwin app. Access more markets than any other betting provider and scan our in-depth boxing statistics menu to find and make your bet selections fast. Download now the best betting app.