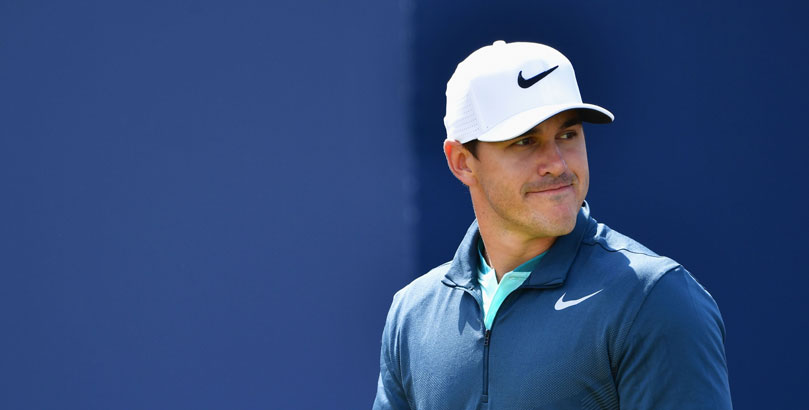 The fact that venue is the beautiful Augusta National also helps, with almost every hole – especially on the back nine – familiar to even the more casual golf fan.

When it comes to finding a winner, we have more course form to rely on than with any other major championship, except in the case of those players trying to become the first debut champion since Fuzzy Zoeller in 1979.

And recent trends also point to the man slipping on the Green Jacket on Sunday as likely to come from a lofty position in the world rankings.

Since Darren Clarke and Keegan Bradley won the last two majors of 2011 when ranked 111th and 108th in the world respectively, the lowest-ranked winner of any major has been Jimmy Walker, who was 48th when he won the 2016 US PGA Championship.

All of which leads us neatly into our headline selection for the 2019 Masters, namely three-time major winner Brooks Koepka.

The reigning US Open and US PGA champion missed last year’s Masters with a wrist injury but had previously been trending firmly in the right direction with Augusta form of 33-21-11, notably improving round by round in 2017 with scores of 74-73-71-69.

Recent poor results are only a minor concern given his propensity to perform best on the biggest stage and the big-hitting American offers plenty of appeal in the each-way market at 25/1.

Our second selection is still seeking a first major title but Rickie Fowler ticks a lot of boxes when it comes to finding a Masters champion.

Four of the last five champions had won a tournament leading up to Augusta and Fowler claimed the Waste Management Phoenix Open in February after a roller-coaster final round, while 10 of the last 13 majors have gone to a first-time winner.

Fowler’s recent form at Augusta also reads 5-12-MC-11-2 and he closed with rounds of 65 and 67 at the weekend to finish just a shot behind Patrick Reed. Fowler can be backed at 16/1.

And finally, Tony Finau could reward an each-way interest after his impressive share of 10th place on his debut last year, which was amazingly achieved despite dislocating his ankle while celebrating a hole-in-one during the par-three contest.

Finau followed that with fifth place in the US Open and ninth in the Open at Carnoustie and can be backed at 40/1.

Stay close to the action with the bwin app. Access more markets than any other betting provider and scan our in-depth golf statistics menu to find and make your bet selections fast. Download now the best betting app.

What can history tell us about the NBA play-offs?
Champions League Index: The top five stars of each league
Author